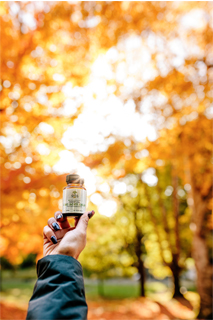 What is CBD Oil CBD, called cannabidiol is one of more than 100 chemical compounds in the marijuana plant. Find out exactly how it can help in the re-balance of the human body.
Location
Home / Articles / News Reviews and Updates / What is CBD Oil

What is CBD Oil

What is CBD Oil

CBD is found in many of today’s products – from moisturizers, lunches and coffees – and millions of people are opening up their wallets to buy products that have CBD in them.

It wasn’t too long ago that CBD was considered a controversial ingredient because of the tie it had back to cannabis. However, since that time, the popularity of CBD-filled products has grown immensely. The Cannabis Trade Association in the UK shows that there were 125,000 cannabidiol consumers in 2017. In 2018, that number doubled to 250,000.The reason for the popularity is tied to the World Health Organization’s recognition of its medicinal properties for various health problems such as anxiety, cancer, depression, pain, MS, Parkinson’s disease, diabetes and Alzheimer’s disease.Of course, many who have heard of CBD oil don’t know what it is and how it can help them. What should you know before you start taking CBD oil for yourself?

A Closer Look At CBD Oil

CBD, called cannabidiol is one of more than 100 chemical compounds in the marijuana plant. The main psychoactive ingredient in cannabis is THC or tetrahydrocannabinol. Cannabis oil tends to have a plethora amount of THC in it, but CBD has a minute amount – usually less than 0.2 percent of the drug.

When Was Cannabis Accepted As A Medicine?

Believe or not, people in China, the Middle East, India and other countries have been using cannabis for medicine for thousands of years. In fact, the drug was thought to be given to Queen Victoria to alleviate the pain she felt during her period.

Illegalization Of Cannabis In The UK

In 1928, an Egyptian delegate at the International Drug Conference in Geneva convinced participates that cannabis was just as dangerous and harmful as opium. This resulted in UK officials to deem it illegal for use.  However, a Home Office investigation looked into cannabis’ effects and, according to the Wotton Report, there’s no credible evidence that using cannabis leads to aggressive or anti-social behavior and violent crimes. It also stated that normal people who use it don’t become dependent on it.

Although 50 years of past since that time, cannabis is still illegal in the UK in recreational form. However, more and more people are interested in hemp-infused and CBD oil products.

"My definite favorite flavour, I live on this and vape all day. If has a great light taste only the faintest hint of strawberry. "

"So stressed with not being able to source hand spray, managed to secure some here, arrived next day and free shipping, sorted. Kitchen and office now germ free."

We donate a portion of our profits to Cancer Research UK.

To date we have donated:

Warning: Our products contain nicotine. Nicotine is an addictive substance and can be fatal if consumed incorrectly. None of our smoking devises are suitable for anyone under the age of 18. Please note that you should fully read and agree to our Terms and Conditions before making any purchases from our website. Our items for sale are not recommended for anyone who does not currently smoke or anyone who has any medical conditions. Please make sure all electronic cigarettes and accessories are kept in a locked unit and out of reach of children/minors/anyone who should not be consuming nicotine. Some of our E-Cigs also contain small parts and are therefore a choking hazard. If you know someone has consumed your nicotine product they should seek immediate medical assistance.